Book Review: Kevin Callan's "Another Bend in the River"

I thoroughly enjoyed Kevin’s previous book, “Once Around Algonquin: An Epic Canoe Journey”, so as soon as I heard he had a new one out, "Another Bend in the River", I decided to buy a copy.  What a nice surprise that it turned out to be two books in one!

While the subtitle of the book is “The Happy Camper’s Memoir”, and that’s its main focus, it’s also chock full of “side bar” articles which cover a huge range of topics.  Examples include how to cook trout using Kevin’s favourite recipe; techniques for lining a canoe; choosing your first canoe; the value of spray skirts; even how to make bannock!  Although few of these would be considered secrets as tightly held as how to get the caramel into the Caramilk bars, they’re good reminders of things you might take for granted, and perhaps forgot, and are presented in a way that makes them eminently readable and entertaining.  You’ll undoubtedly learn something new as you read your way through the book; I did.

Of course, the main body of the book is Kevin’s memoir, starting from when he was a young boy, through into his teens, his early career and the variety of unique roles he played (quiet literally in some ways), all the way to present day.

Over the years, Kevin has been active across all kinds of media platforms (newspapers, radio, television, YouTube, social media) so you may think you know a lot about him.  Well, just like most of us, there is a side we share, and a side that we usually keep to ourselves.

Kevin opens up about some of the personal challenges he has faced in his life, some which began when he was young, some that are more recent.  While this may sound a bit heavy, keep in mind this book is written in first person form, in Kevin’s own voice.  As a result, just about every topic is presented in a way which is engaging, humorous and occasionally self-deprecating.  For anyone who has shared similar life challenges, I think you’d find his success and continued efforts pushing forward to be very encouraging.

Aside from overcoming obstacles, Kevin walks us though the journey he’s been on in developing himself though the varied and interesting jobs he’s held, and the trips and experiences which have shaped him.  Some provide a glimpse of the man he will become (writing a syndicated nature column at just 23 years of age); some make you laugh out loud (a most special experience with a male Canada goose).  Some leave you in awe (solo tripping down the Missinaibi River with limited experience; teaching troubled youth how to survive, enjoy and appreciate the outdoors; kayaking the North Atlantic along the coast of Newfoundland).

You’ll learn along the way that the theme of education, more specifically getting people to connect with nature, has been a guiding light for Kevin, from his earliest work through to today.  It’s no wonder that he’s often called upon to speak publicly, in the media and in person, at large outdoors events and symposiums.  It’s a rare thing to find someone who has so much genuine knowledge and experience, literally spanning decades, and yet is approachable and entertaining.

That entertaining side comes out in multiple ways, with more influences that I can imagine. I was surprised to read about Kevin’s connection to the famous Monty Python’s Flying circus troupe (but it’s such a good fit), or how he came to be invited as a guest on a late night, “adult” themed show!  His quick wit seems to simultaneously be the key to his humour, and a way for him to get into hilarious trouble quickly!

To sum it all up, this book was an easy, enjoyable read, and it kept me good company on my last canoe trip. Kevin is a great story teller and he’s in his element as he takes us along with him to see and understand the making of the man we know today. 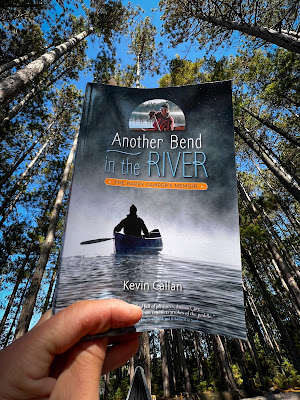 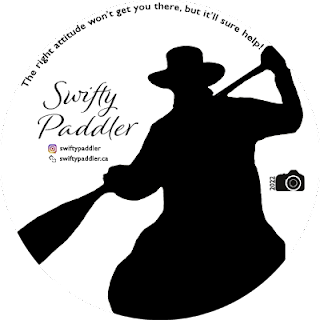